Can You Pass the ‘Jane Test’? 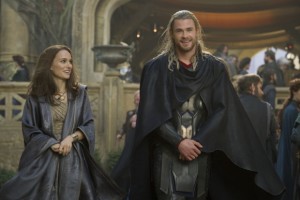 In the article “The ‘Jane Test,’ a New Way To Tell If Your Scripts Are Sexist”, published in Wired magazine, Angela Watercutter describes an assessment approach utilized by Ross Putman, a professional script-reader, which focuses on the specific details by which a female character is first introduced in a narrative:

But before all of that even has a chance to go down, it happens in the script—the very first keystroke that could make her a well-rounded individual, or a reductive pile of cliché. Far too often, she’s the latter.

Want proof? Just follow @femscriptintros on Twitter. The feed, which a script-reader named Ross Putman started earlier this week, pulls female character descriptions out of screenplays, changes all names to “Jane” (to protect the innocent), and then sends them out 140 characters at a time. The result is a parade of one-note, superficial notes that describe characters’ looks, but rarely anything about them. It only launched three days ago, but in that time has gained nearly 50,000 followers—and sparked a lot of soul-searching amongst Hollywood screenwriters.

The entire article is worth the read (since it also describes the Bechtel Test), but the essential point is that female characters should not be reduced to visual objects for either the reader or the male characters in the narrative.

If you don’t know who your female characters are as complex individuals of depth, then you need to go back and flesh them out as human beings. Two effective (and free) tools that help with discovering the depths of your characters are the Character Interview Questionnaire and the Character Sketches template.