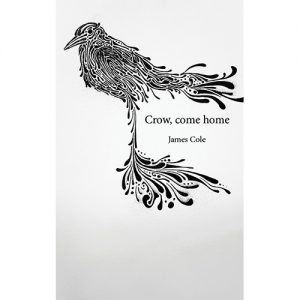 Imagine this situation! You are travelling to an everyday spot; maybe marketplace, your office or back to your home from a routine spot. You feel monotonous, rather apathetic. You are bidding time. You feel like a heavy machine or maybe like a heavy pendulum that has lot of inertia to stay firm near the centre, resisting oscillation. One day, you find a mysterious spot on your route that you can’t resist looking at. It’s an entirely different world where, let’s say, animals start speaking like never heard before. You eavesdrop and are keen to explore more about them. An ordinary day is indeed made surprisingly wonderful! Such is the power of Cole’s Crow come home. It’s a journey to the unexplored that you can’t resist to go further in. Let’s explore why is Crow called home>

Cole’s work is not only powerful with imagination; it is also grounded in meaningfulness. Each animal has certain characteristics that form the logical platform of their behaviors. Why they act this way! Why is snake so flippant! All why’s and who’s are stepping stones to a ladder that lead to this logical and creative structure. It is interesting to see how James loosens and tightens the reins of words like a successful horse rider.

No reader can refuse to find interest in the topic and theme that you have chosen. It really commands so much attention! How did this idea of giving voices to Wolf, Snake and Crow come to your mind? Was it any eureka moment or did it develop over time?

What I find so interesting about these characters is that they each developed independently at very different times in my life. When I set out to compile the chapbook, I knew I wanted to draw on folk narratives in a sort of pseudo-fable format. When I started looking back through my work, I noticed several common characters. Wolf appeared in some of my first poems when I was still a senior in high school. Like most early characters, his voice was thick with undeveloped angst and stiff formality. Later, in college, I wrote several poems about a snake and rabbit. Most of these didn’t make it to the final book, but I liked the primality of animals that is often lost in human characters. Crow was completely new. All his poems were written specifically for the book. As I continued to gather pieces together a vague plot started to shine through. Pretty soon I realized that these characters weren’t just reciting into a vacuum, but rather having a conversation, trying to communicate to each other what they might not be able to communicate to themselves.

I am very keen to explore how do Wolf, Snake and Crow converse in the story given that Wolf is the voice of a younger, immature self; Snake is flippant, careless and excitable like your current self and Crow is either a self-destructive realist or a desperate dreamer. What’s your verdict on who wins in the debate?

Oooh, very good question. At first, I was tempted to say that Wolf definitely loses, but I can’t be sure. I like to think I’m self-aware but I’m still very young. Who knows if I’ll ever shake off his abrasive delinquent attitude? It isn’t always obvious who’s speaking in each poem, but I’d say Wolf stands out the most. What’s odd about him is that he recites the most formal sounding poems, almost always speaking in a structured form or rhyme. That’s all a ruse—he’s just playing at sophistication when, in reality, he’s a crude, dismissive jerk. Snake and Crow are harder to pin down. Most of what we know about Crow comes from other speakers, so it’s hard to say if he’s even a part of the debate. Crow represents a more natural evolution than a decided archetype. Snake is almost like a default. I feel like I’ll stray into Wolf’s of Crow’s voice but always sink back into Snake’s absurd go-with-the-flow attitude.

Can you give us a glimpse of your poems, the windows of your narrative? I am excited to read your book as it plays and experiments with the hybrid forms of writing.

Sure! The book opens with the trio gathered after many years apart. Snake, the most widely travelled of the bunch, relates several stories from his journeys, including one about a performance he gave in the city of Dis—one of Dante’s hellish destinations in the Inferno. There he relates how his performance flops in front of a stern devil and his peerage of flies.

Open Mic in the City of Dis

Once, I would sweat

standing in the open room

gesturing to the audience of flies

attached to the open chair

the clapping Duke of Dust

in their seats of silence

When the punchline failed

I tried to improvise the great tragedy

of Balius and Xanthus, the talking horses

to the meaty end

they buzzed with shocked surprise

they eddied with crimson joy

“that’s supposed to be inside of me”

This is by far one of the most macabre pieces in the collection, but it highlights one of my favorite approaches. No matter how serious I get, there is always a potential gaffe that might undercut its severity. Life is more absurd than we often realize, why should poetry be any different? While there are other poems that are straight-faced, this piece pokes fun at poets who commit themselves strictly to “edgy” or “intense” writing. Plus, I think it serves as a wonderful hyperbole for what many performing poets feel when the crowd is unimpressed. Sometimes, no matter how much energy you put into a reading, an audience doesn’t give anything back—it really feels like you’ve been gutted.

Please tell us about your writing journey. How has writing helped you in self-discovery? How does writing help you and what might you write about in future?

Writing’s always been a double-edged sword for me. It is one of the few truly fulfilling things that I’ve done over the last eight years, but it is also a source of immense stress. I’m a very compulsive poet. I try to write at least five poems a week, which can be exhausting, especially when I’m busy with my job or other creative projects. That being said, it’s my own true anchor in an otherwise constant sea of drudgery.

I definitely think it’s helped with self-discovery. Despite what some may think, I’m not a particularly warm or emotional person. Growing up, I was always intensely academic—everything boiled down to factoids, references, and precedents. When I perform, I’m very high energy, quirky, and personable—but often that’s just a character. That’s not to say I don’t have worries, regrets, or passions to share—I just struggle to communicate them in general conversation. Writing has helped me identify those feelings, curate them in such a way that I don’t feel so banal. I wouldn’t my feelings are particularly exceptional, but writing about them in unique, interesting ways gives me some sense of validity.

It’s hard to say what I’ll write about in the future. Much of my writing right now revolves around the classic “youth without direction” theme. I’m in a weird spot between my writing and scientific careers. I want to develop both, but they often seem at odds with one another. I don’t know…

Who is your favorite author and what thrills you about him/her?

Man, that’s always a tough question. I’m going to break it down into four categories. I draw a great deal of influence from classic literature but my current style leans more into the contemporary.

Favorite Poet: This is the hardest. If you asked me a month ago, I would’ve said Richard Brautigan. If you asked a month from now I’d probably say something totally different. But for now…agh, it may be a very obvious choice but I’ve got to go with T.S. Eliot. His mastery of phrases, the honed articulation of language, the haunting quality of each speaker—oh man, he’s good.
Favorite Historic Author: I’m also a huge medievalist—Chretien de Troyes, Petrarch, Dante, Francois Villon, they all make the cut.
Favorite Contemporary Author: This is also super tricky. Murakami is an old standby but for now I’ve got to say Danielewski. His book House of Leaves is absolutely fascinating, one of the truly great experimental novels of the last few decades. I haven’t even finished it yet and its still high on my list.
Favorite Playwright: Come on, it’s gotta be Beckett. Krapp’s Last Tape and Waiting for Godot are absolute genius. No doubt about it. The dialogue is just so snappy, so comical, and yet highly intelligent without being too pretentious.

Thank you so much James!

To learn more about James, pop over to james cole writes.